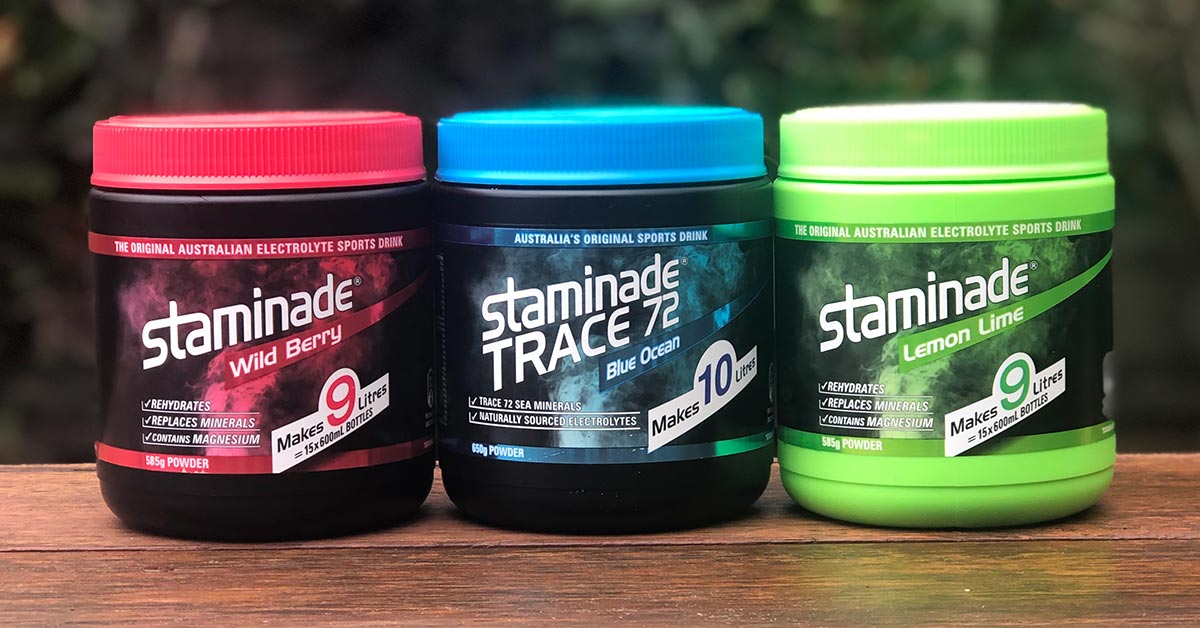 Staminade; it’s green, it’s red, it’s blue. You can make it however you like, whenever you like. Whilst Staminade might be your go-to drink for exercise, it’s so much more than that. Oh, so much more. Perhaps you’re already a Staminade-lover and don’t need any more convincing of its merits, but just in case you do, here are 7 reasons to drink Staminade.

Staminade helps give your best performance

Drink Staminade powder before exercise for more energy and a longer, more effective performance. Staminade’s formulation contains the right balance of carbohydrates and electrolytes to rehydrate and replenish lost energy and lost electrolytes.

Staminade also helps restore glycogen which is the main storage form of glucose in the body, located primarily in liver and muscle cells. Glycogen is actually responsible for ensuring your glucose levels in your body are maintained at a sufficient level to supply the brain.

Staminade helps to keep you hydrated

It’s all too easy to become dehydrated when working in high temperatures, or exercising outside in the strong Aussie sun. Even when we’re only slightly dehydrated, our brain doesn’t operate as well as it should. So, drinking Staminade can help to prevent dehydration and maintain our body’s water balance.

We don’t necessarily just lose electrolytes when we sweat. We don’t want to get too graphic here, but think about something like the flu – there can be vomit, there can be diarrhoea…that’s when sweating is the least of your worries! But importantly, you lose a lot of fluids. So, Staminade can help to both rehydrate you and replace lost electrolytes when you’re ill.

Staminade is oh so tasty and colourful!

While Staminade is well-known for its viridescent Lemon Lime flavour, it also comes in a Wild Berry and Trace 72 Blue Ocean flavour. Along with a variety in taste, there are plenty of ways you can drink it as well. Staminade with sparkling water is particularly refreshing, or have you ever tried Staminade with milk? Rogue yes, but don’t knock it ‘til you try it. You could even try making Staminade sparkling water or crushed ice (with a slice of lime). Now you’re talking!

Staminade Aussie owned and made

Staminade originally hit the shelves in Australia in the late 70s and as some of you may remember, tennis champion John Newcombe advocated the product, moustache and all. It’s Aussie through and through. Staminade is manufactured by Steric, based in Sydney’s western suburbs and is 100% recyclable. Staminade is Australian owned and Australian made. Can’t argue with that.

So, on those hot and sticky days when you need to keep your fluids up, the cold days when you need a lift, or even when you’re just not feeling too great and need to perk your energy levels up. A refreshing glass of Staminade replaces the essential minerals and electrolytes lost through perspiration and lets you get back on the job at hand, whatever that may be. Staminade. It’s your #FirstAidForThirst.

Well then, what do we want? Staminade. When do we want it? Now.